Do The Math: Trump Has Added More Right-Wing Judges To The Courts Than Any Other President

The U.S. Senate has confirmed 196 judges nominated by President Trump, including two associate justices of the Supreme Court, 51 judges for the U.S. Court of Appeals, 141 judges for U.S. District Courts, and two judges for the U.S. Court of International Trade.   That adds up to almost 30% of the entire federal bench, and Trump’s appointment total in less than four years matches what Barack Obama and George W. Bush accomplished in eight.

“My motto for the year is, leave no vacancy behind,” McConnell said last month.  “That hasn’t changed.  The pandemic will not prevent us from achieving that goal.”

As the coronavirus rages the Senate majority leader has diverted Congress’ agenda away from public health and economic recovery to confirming judges that will perpetuate Donald Trump’s racist, misogynist, and discriminatory policies long after he’s gone from the White House.  A review of dozens of cases affected by Trump’s judges by the Guardian showed that under Trump, the courts have attacked the Affordable Care Act and chipped away at healthcare, greenlighted funding for Trump’s border wall, stepped aside to allow partisan gerrymandering, defended abusive policing, permitted encroachments on the Americans with Disabilities Act, reinforced religious exemptions from anti-bias laws and undermined protections for the most vulnerable populations.

We can’t afford four more years of this judicial horrorshow.

NOW opposes the slate of Trump judges up for confirmation and is calling on our activists to redouble their efforts to defeat Donald Trump and install a new, feminist progressive majority in the U.S. Senate that will ensure our federal courts uphold the Constitution and protect equal justice under law—for all citizens, not just a powerful few.

“Change Is Happening. We Are A Driving Force For Change”

WASHINGTON, D.C.  – The murder-by-police of George Floyd shocked us to our core, broke our hearts, and enraged our sense of justice. Racial justice is at the core of NOW’s mission, and today, our membership is united in our determination to break down the foundation of racism, discrimination, and brutality at the core of law enforcement.  We demand that corrupt and murderous police be prosecuted and that policies are enacted that ensure transparency and accountability in the vetting, hiring and supervision of law enforcement officers.  NOW passed a resolution in 2018 calling for increased police accountability and impartial oversight of law enforcement to eradicate racially motivated excessive use of force, and we redouble these demands today.

“What is happening in our country today is a response to the continued disregarded cry for peace our black brothers and sisters have been making for years.  It is a reaction to the systematic racism, discrimination, daily racial micro aggressions, and the prejudiced response to their race as nothing more than a threat that deserves violent submission.  It is not up to the black community to dismantle a system of oppression they did not create, but it is up to all allies to stand up, speak out, and make intentional and purposeful movements of solidarity.  It is up to organizations, agencies, and law enforcement departments to deconstruct policies and practices that feed oppression, racism, and violence, and transform them into practices that promote racial equity and safety.  It is challenging your own personal and/or organizational biases so that you can begin to create the narrative that communities of color are assets and not threats.  It is creating a world where black skin means life and not death.”

NOW members, Black, Brown, Native American, Latina, and White have long stood up and named police brutality, calling out the system of white privilege not just as it is experienced by racially diverse members of society but also as it advantages white people. We are in this together as witnesses, united, standing shoulder to shoulder. For the first time we are seeing police officers join the marches and protests against police brutality. Change is happening. We are a driving force for change. We call on training academies and departments to teach de-escalation tactics instead of shoot first.

We applaud the community leaders, activists and grassroots protesters who are marching for justice all across the nation, and we are inspired by Black women Mayors like Keisha Lance Bottoms of Atlanta, Muriel Bowser of Washington, DC, and Lori Lightfoot of Chicago who are beacons of justice in these dark times.  We are encouraging NOW members to join community meetings to speak their truth to power in the coming days and weeks.

Injustice to anyone is an injustice to all.  We are all in this together.  Our determination, outrage, and moral courage will not fail us as we redouble our efforts to end the violence and defeat injustice. 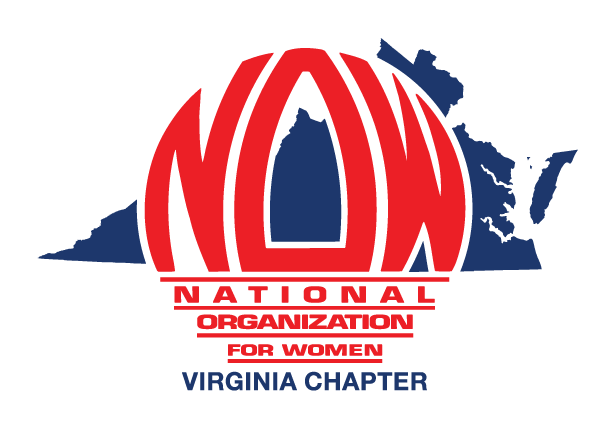 Recently many of you received a letter announcing our exciting plans for a VA NOW state conference. Please know that it was mailed weeks ago, but bulk mailing delayed its delivery.  So with all the latest restrictions and due to an abundance of caution and concern over the current health crisis facing our state and our nation, the Executive Committee of Virginia NOW, Inc. has decided to postpone its Annual State Meeting and Elections scheduled for April 18, 2020 until gatherings of 50 or more people are sanctioned by the Centers for Disease Control (CDC) and the VA Department of Health. We hope that a time in midsummer may be possible. 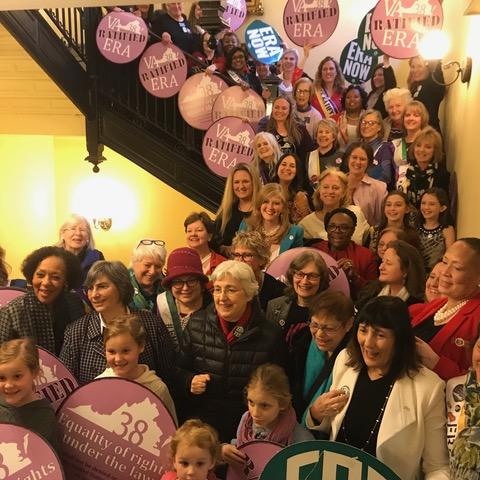